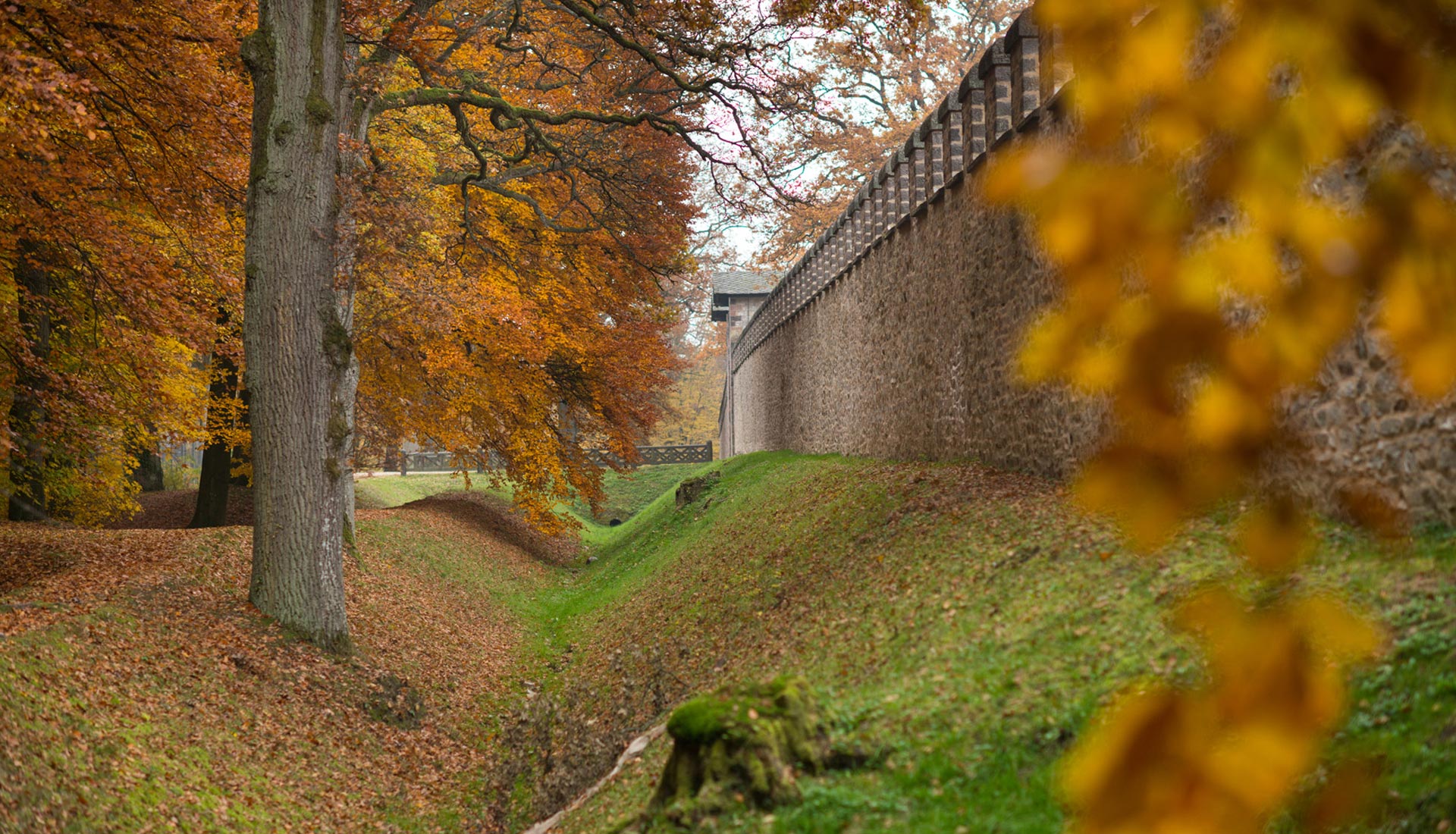 You can experience 2,500 years of history here.

Roman legionaries, mysterious Celts and a notorious bandit – people from the most varied points in history have left their mark on the forested region of the Taunus. You can see the legacy of a global culture as you walk along the Limes Experience Trail.

The Romans in Hessen

How would he have felt? The young legionnaire, perhaps from Calabria, suddenly found himself in a landscape that was so much wilder and more mysterious than his homeland, full of dense forests spanning across seemingly never-ending mountain ranges and inhabited by Germanic peoples “he knew nothing about but would have to defend himself against them by any means necessary in an emergency.

There is nothing in the history books about this legionnaire, but the places where he lived can still be seen to this day. Perhaps it was one of the small castles along the Limes whose ruins still catch the eye. “Twenty to thirty legionnaires are thought to have been stationed in each of these small castles”, explains Susanne Weidert Horn, who knows as much about the fortifications as she does about the landscape of the Taunus. If you want to find out how the Romans lived around two thousand years ago, you should book a tour with the nature reserve guide. The thirty-kilometre Limeserlebnispfad Hochtaunus trail is one of the most interesting and best-preserved sections of this unique archaeological site, built by the Roman Empire in Central Europe across a distance of over 550 kilometres. Initially, however, the large-scale antique construction project didn’t really offer much defence. Susanne Weidert-Horn makes the comparison with a garden fence, which only serves to create a boundary with the neighbours. “In the beginning, there was just a line of posts with wooden towers. It wasn’t until the later stages of the construction that palisade fences, moats, stone towers and other fortified buildings were constructed”, explains the guide.

In Hessen, this is all just around the corner: The thirty-kilometre trail is just a short drive from the city of Frankfurt. Walkers and cyclists set out from Glashütten and soon find themselves embarking on a journey through time − a journey offering an insight into Roman culture that takes you on a family-friendly trail through one of the most picturesque regions of the Taunus.

The well-marked paths of the Upper German-Rhaetian Limes UNESCO World Heritage Site take you through almost untouched mixed forests, along idyllic streams and to the viewing platforms of the large and small Feldberg mountains and the Altkönig, offering wonderful panoramic views of the mountainous, forested surroundings. Even Empress Victoria Friedrich loved this area. She took up residence in her castle – now the Schlosshotel – in the nearby Kronberg in 1894, and her son, Kaiser Wilhelm II, was responsible for rebuilding the Saalburg Roman Fort. The extensively reconstructed fortification buildings provide an impressive contrast to the unspoilt nature of the Taunus region. The route takes walkers past numerous watchtowers, four small and two larger castlesand Saalburg Castle, which is the historic highlight of the trail. In the only fully reconstructed Roman castle along the Limes, you can find archaeological discoveries, complex reconstructions and staged rooms and models showing everyday life in a highly developed military complex, which didn’t just include barracks, supply and administration buildings, but also a village, several temples, eateries and bathing houses. The permanent exhibition opened up in 2016, letting visitors experience prehistoric life.

Fascinating history and magnificent nature can also be found in other parts of the Taunus. Before the Romans even arrived, the Celts had lived here and established the current Rhine-Main region as the first major city in the region. The “Keltenrundwanderweg” (Celtic walk) in Oberursel takes you on a pleasant afternoon stroll along the remaining ramparts of the city walls. If you want to find out more about this mysterious people, you should pay a visit to the Vortaunus Museum in Oberursel, which presents findings from the Celtic hill fort. The Huguenots also left their mark, introducing highly treasured arts and crafts to the region in the 17th century. You can walk in their footsteps with the Huguenot and Waldensian trail – a long-distance cultural walk that takes you from the Taunus to Bad Homburg and Friedrichsdorf.

The notorious outlaw Johannes Bückler – better known as “Schinderhannes” – was rather less welcome than the industrious French. He caused mischief here in the early 1800s and became the focus of many legends. A walking trail has been dedicated to him too: The 184-kilometre Schinderhannes trail takes you past the many sights of the Taunus nature reserve; the 38-kilometre Taunus-Schinderhannes-Steig has even been certified as a quality hiking trail. Wherever you go in this region, one thing is clear – the Taunus is like one big history book.