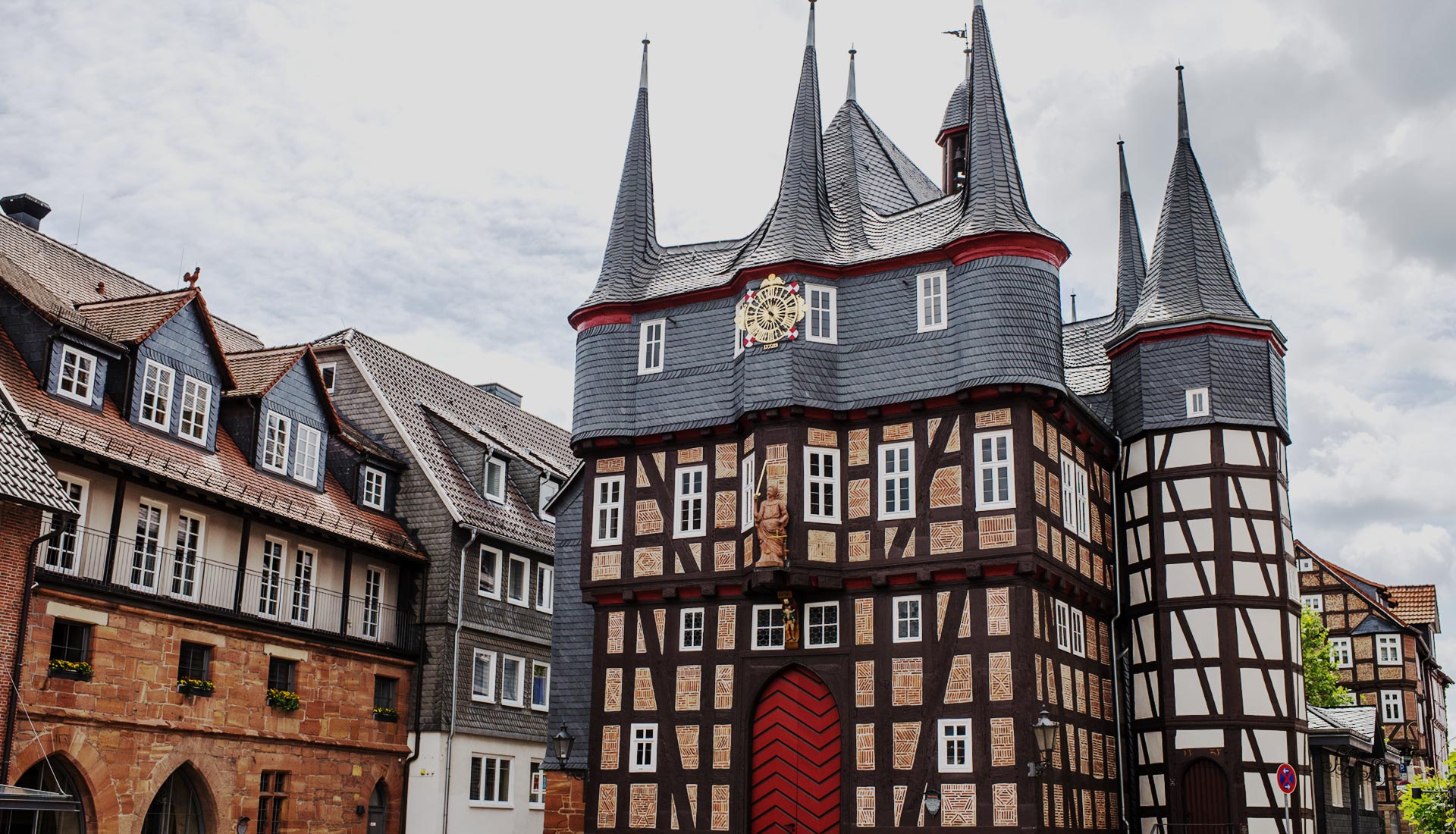 Timber-framed houses, painting and other arts and crafts

The timber-framed houses in North Hessen fascinate visitors from all over the world. The robust buildings mostly date back to the 16th to 19th centuries and have lost none of their charm over the years.

You can’t get any more authentic than this. Anyone spending their holiday at Regine and Jürgen Günst’s Weidelshof will find history around every corner. It’s not just the Weidelsburg knight’s castle that serves as a reminder of the fairytale past; the farm where the Brothers Grimm themselves stayed in 1814 is also full of history you can feel. The beams of the timber-framed mill and the surrounding holiday homes are almost 300 years old and still look as solid as they were when they were first erected.

The architects were clearly masters of their craft. The timber-framed style was developed in the late Middle Ages and still represents the purest form of artisanry: careful planning and solid construction, a sense of aesthetics and care for future generations. Guests exploring the holiday farm near the timber-framed town of Naumburg are always struck by the cosy atmosphere. It’s hard to believe the complex constructions of posts and struts, supports and bars, beams and sills were created without any nails or screws.

Holidaymakers wishing to experience the rustic charm of this type of architecture will find plenty to keep them busy in North Hessen. Visitors from all over the world are always fascinated by the solidity of the many timber-framed buildings, many of which have been preserved in the region’s towns and villages. From the simple barn and lovingly restored watermill to magnificent manor houses and town halls with intricate ornamentation, North Hessen is home to the most varied Central European timber-framed buildings, including both Lower Saxon and Franconian style constructions, as experts will tell you.

But you don't need to be an architecture expert to be inspired and enchanted by the lovely buildings with their many special details. The diversity of the buildings and the history of the region and its inhabitants are reflected by the façades, which you can admire by walking through towns like Fritzlar, Frankenberg, Schwalmstadt, Oedelsheim, Melsungen, Rotenburg an der Fulda and Eschwege. As you amble across the old cobblestones and through the winding alleys, the next architectural wonder will be just around the corner. A perfect example can be found in Frankenberg, whose inhabitants became wealthy in the 16th century through the discovery of copper and silver. Their uniquely picturesque town hall features no less than ten pointed towers to demonstrate their prosperity and confidence. The “Löwe” patrician house in Bad Sooden-Allendorf and the “Kaufhäuschen” in Fritzlar – built between 1475 and 1480, in the smallest space in the centre of the town by the former merchant guild – are further examples of the citizens’ pride and prosperity. The deep, narrow building has four storeys, and its massive tower looms over the neighbouring constructions. You can even rent a room there. The first storey houses a holiday apartment, combining the charm of bygone eras with modern comfort.

Even in a place like Melsingen, the journey of discovery through the old town is like a trip back in time to the late Middle Ages. The uniform appearance of the town has barely changed over the centuries. If you take some time to walk along the River Fulda during your tour, you’ll find revealing details hidden in the intricate restoration of the façades. Old family inscriptions, magnificent ornaments, biblical quotes and even a portrait of a former owner carved out of wood – these details all tell stories of the people who had these buildings erected to last for all eternity and thus wanted God and fate on their side.

These buildings really have stood the test of time. Wooden beams were produced in the 300-year-old Weidelshof, currently owned by Regine and Jürgen Günst, and experts believe they may even be several hundred years older. It’s almost as though people already knew about resource conservation and sustainability way back then! Local authorities in the region are using conservation orders and cultural heritage preservation to ensure this ancient knowledge is not lost and the timber-framed buildings can continue to last for several centuries to come. After all, future generations should also have the opportunity to feel as though they’ve arrived back in the Middle Ages.

Light-footed custodians of the land