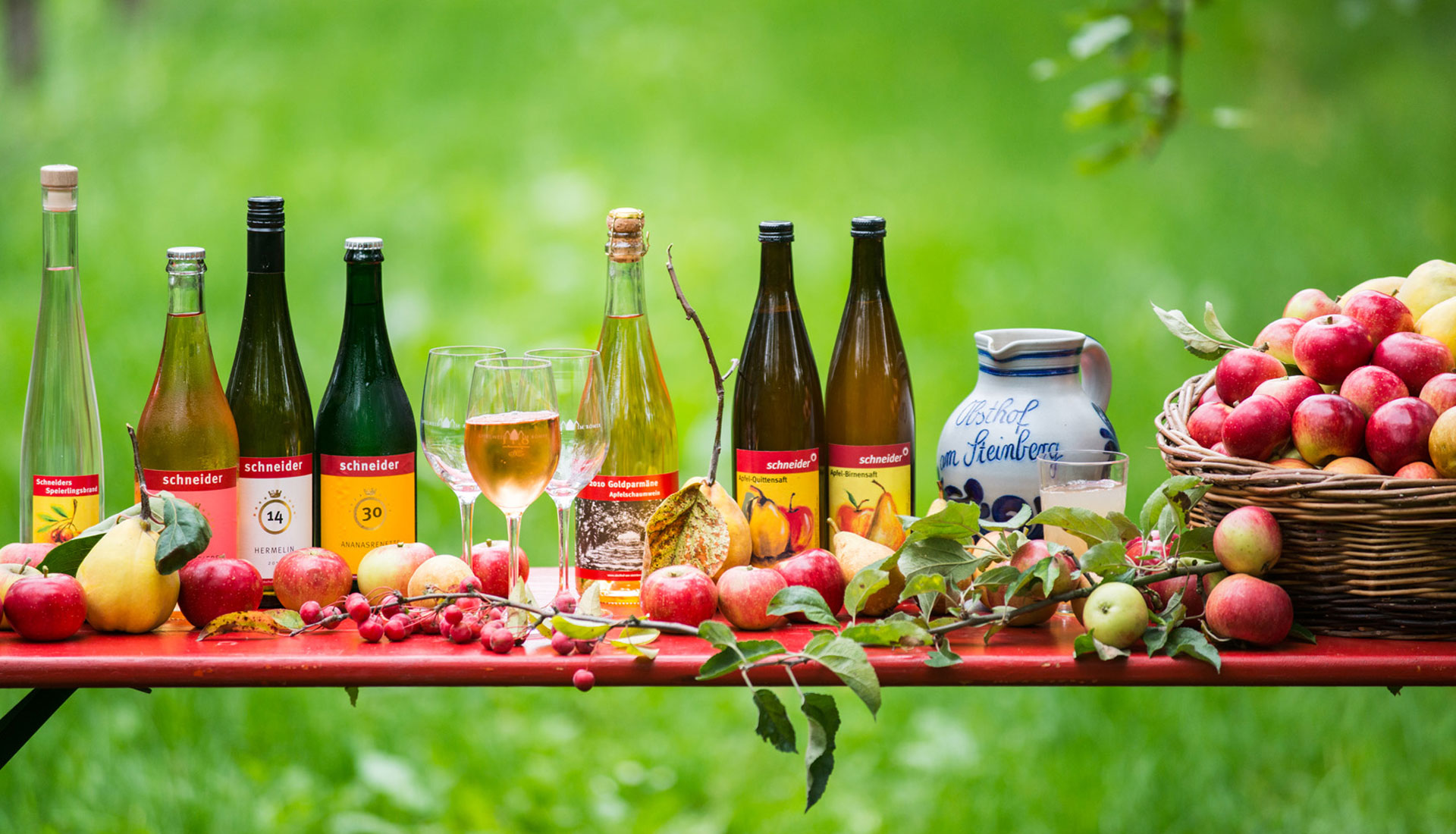 Experience the countryside at the gates of the city

Frankfurt – a city of banks, skyscrapers and glass buildings. Or is it? Many people don’t know that the city is surrounded by a green belt of fields, orchards and natural landscapes. It’s a real paradise for cyclists, walkers and bon vivants.

The north of Frankfurt might be buzzing, but not with traffic or hurried business people; it’s the industrious bees that buzz around and pollinate the many flowers. They have a lot of work ahead of them − it’s apple blossom season. The international financial centre and natural idyll in the Frankfurt Rhine-Main region are just ten kilometres apart. When you look around, you can see fields, villages and a whole host of scattered fruit orchards. The glittering city skyscrapers can be seen reaching towards the sky to the south. From a distance, Frankfurt has an urban look like almost no other German city. But hardly any other city is lucky enough to be surrounded by such greenery. GrünGürtel is the name given to the green belt that runs around the city and comprises a third of its area. The GrünGürtel is part of the Rhine-Main regional park, which encompasses large parts of Frankfurt’s metropolitan region and shares a border with the Rheingau, the Hessian Ried, the Kinzig Valley, the Taunus and Wetterau.

These green corridors provide plenty of space for you to explore and experience nature. A walk or bike ride around the city via the GrünGürtel is around 65 kilometres. Alternatively, you can head out onto the 190-kilometre regional park route. The network of trails within the regional park spans some 550 kilometres. The regional park routes give day-trippers the chance to discover the cultural landscape, forests, idyllic landscaped islands, industrial heritage monuments, gardens, parks and historically significant sites with lots of “living history”. These experiences will spark a spirit of discovery and increase your sensitivity towards nature and the environment. The Weilbacher Gruben is a great example: The area used to be a gravel pit and then a dumping ground. The locals then decided to clean the area, plant trees and build a network of trails to create a nature reserve. Today, the Gruben is a place for recreation: Gardening fans can find tips and tricks in the cottage garden, and the “Zum wilden Esel” entices guests with its regional drinks and dishes. However, many more people have heard about the Messel Grube in the Messel hills to the south of Frankfurt. Spectacular fossils were found here in this disused oil shale mine and it was named as the first UNESCO World Heritage Site in Germany in 1995. Young and old “explorers” can learn fascinating facts about geology, volcanoes, the landscape and the climate. You’ll discover how this place used to be home to crocodiles and other exotic animals.

The agricultural and horticultural businesses in the regional park provide locals and guests with regional produce. Andreas Schneider’s 8,500 fruit trees grow in Nieder-Erlenbach, a place blessed with the fertile soil of the Wetterau. Schneider has made a name for himself with his high-quality apple wine. And his wine is in no way inferior to that made from grapes. Needless to say, he also serves typical Frankfurt “Ebbelwoi” cider, and visitors to his orchard can enjoy it directly beneath his apple trees. Cheese and sausages are also served in his inn. The nearby Dottenfelderhof is one of his suppliers. It has been a farm for over one thousand years. Nowadays, the animals are farmed in line with organic farming methods. The so-called “Reifeprüfung” sees visitors produce their own natural cheeses together with cheesemaster Siegfried Baßner.

Groß-Gerau was a cheesemaking centre for many years. 26 cheese factories were located here prior to the First World War. The Käserei Hermann Horst, founded in 1862, is still there to this day. It is now in its fifth generation of making “Handkäs’” cheese, which arguably makes it the oldest sour milk cheese factory in Germany. “Handkäs’” owes its name to the original production method: It was shaped by hand and is about the same size as the palm of the hand. When it comes to “Handkäs’”, the so-called “Musik” is an absolute must; this is a dressing made with onions, vinegar, oil and cumin.

Cider, “Handkäs’”… One thing is missing from the region’s holy trinity of culinary delights: Frankfurt’s “Grüne Soße”. Some of the herbs used to make this sauce are supplied by Rainer Schecker, whose gardens lie to the south of Frankfurt in the heart of the GrünGürtel. The sauce is made using no fewer than seven herbs: Borage, chervil, cress, parsley, burnet, sorrel and chives. Schecker doesn’t mind if the herbs are finely or roughly chopped, or if the sauce is served with beef or boiled potatoes and eggs. Each family has its own recipe. However, he does find it important that the sauce is made with fresh herbs and without simple mayonnaise. Greenbelt, green fingers, green sauce… One thing is clear: Frankfurt Rhine-Main is abundantly green.

It’s all about the apple