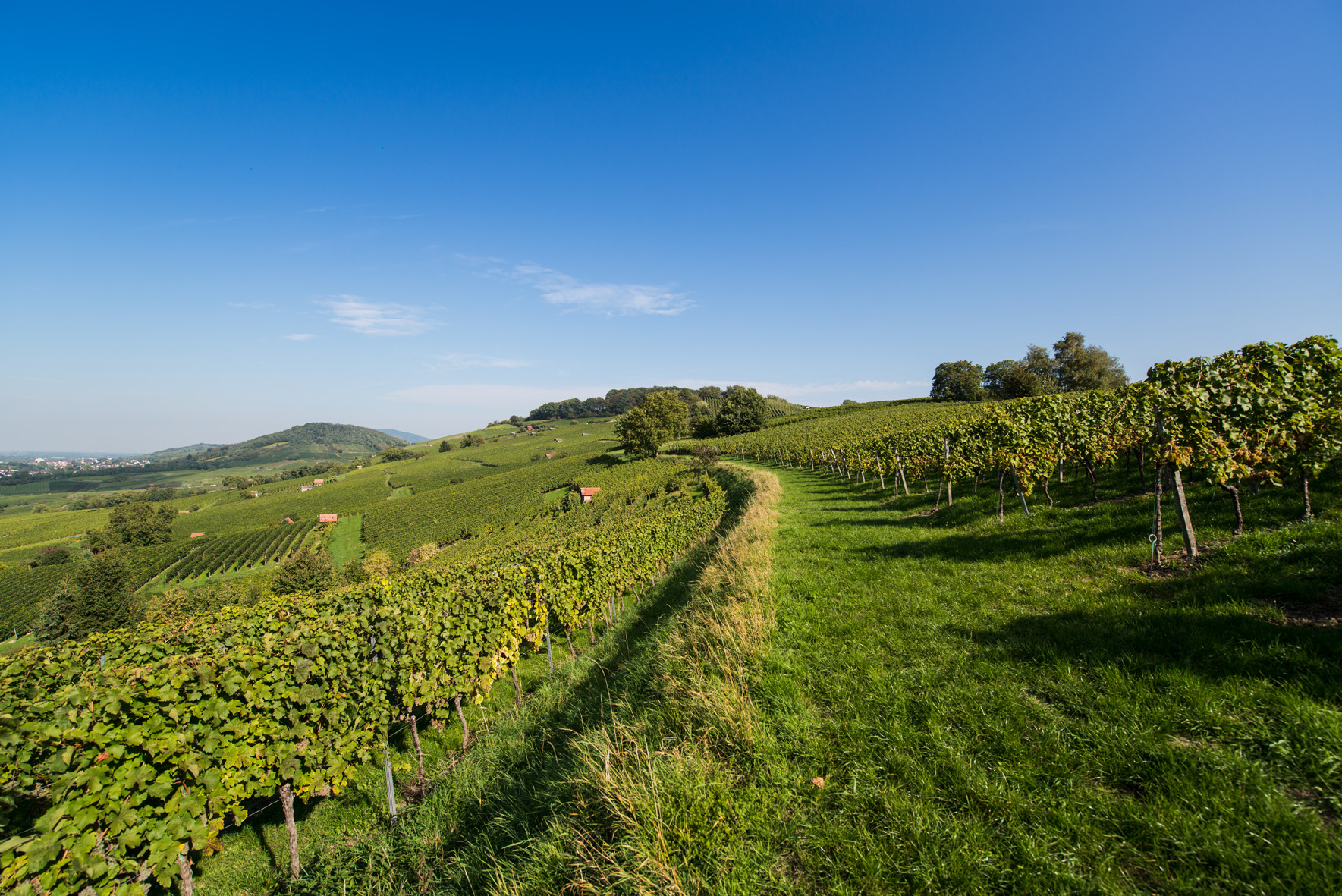 ...the Bergstrasse-Odenwald welcomes early springs, when its orchards are filled with almond, peach and cherry blossoms; and enjoys long summers and golden autumns. Tobacco, kiwis and figs are as at home here as grapes, apples and white asparagus.

HESSEN'S SOUTHERNMOST REGION, BORDERING THE STATES OF BAVARIA, BADEN-WÜRTTEMBERG AND THE RHINELAND-PALATINATE, THE BERGSTRASSE-ODENWALD IS CELEBRATED FOR ITS UNSPOILED AND DIVERSE NATURAL LANDSCAPES.

The UNESCO GLOBAL GEOPARK Bergstraße-Odenwald (Geo-Naturpark Bergstraße-Odenwald), shaped by over 500 million years of geological activity, spill over the borders of the Bergstrasse-Odenwald into Bavaria and Baden-Württemberg. Alternating between sparsely wooded hills, gorge-like valleys and high plateaus thick with pine forests, the park provides gorgeous backdrops for its well-marked hiking and cycling trails.

HIKERS AND CYCLISTS are spoiled for choice here. For castles and exquisite views of the Upper Rhine Plan (Oberrheingraben), hike the Burgensteig from Darmstadt all the way to Heidelberg. The circular Alemannenweg hiking trail crosses the low mountains of Odenwald, leading visitors through forests, orchards, fields and vineyards along the way. Popular cycling routes include the 3-State Bicycle Trail (3-Länder-Radweg), which affords magnificent views as it crosses from the Odenwald in Hessen into its two neighbouring federal states.

More OPEN AIR HIGHLIGHTS include the Sea of Stones (Felsenmeer), a spectacular sea of large crystalline rocks cascading down a wide path on Felsberg Hill, and the English gardens of the Fürstenlager State Park (Staatspark Fürstenlager), home to exotic plants and trees including one of Germany's oldest sequoias as well as gingko and Japanese cedar trees. The region also boasts two UNESCO WORLD HERITAGE SITES. The Neckar-Odenwald Limes (Neckar-Odenwald-Limes) features two portions of the former external Roman defensive frontier line complete with fortresses and watchtowers; and the Messel Pit (Grube Messel), a disused quarry home to an extraordinary wealth of fossils, provides a remarkable insight into 50 million years of Earth's history.

The Bergstrasse-Odenwald's numerous CULTURAL HIGHLIGHTS include the Jugendstil architecture and arts and science museums of Darmstadt, and the UNESCO World Heritage abbey at Lorsch (Kloster Lorsch). In Heppenheim, you'll find over 400 listed buildings and a beautiful market square, and Michelstadt is home to an extraordinary medieval town hall on stilts. Take a side trip to the neighbouring town of Steinbach to visit the 9th century Einhard's Basilica (Einhardsbasilika).