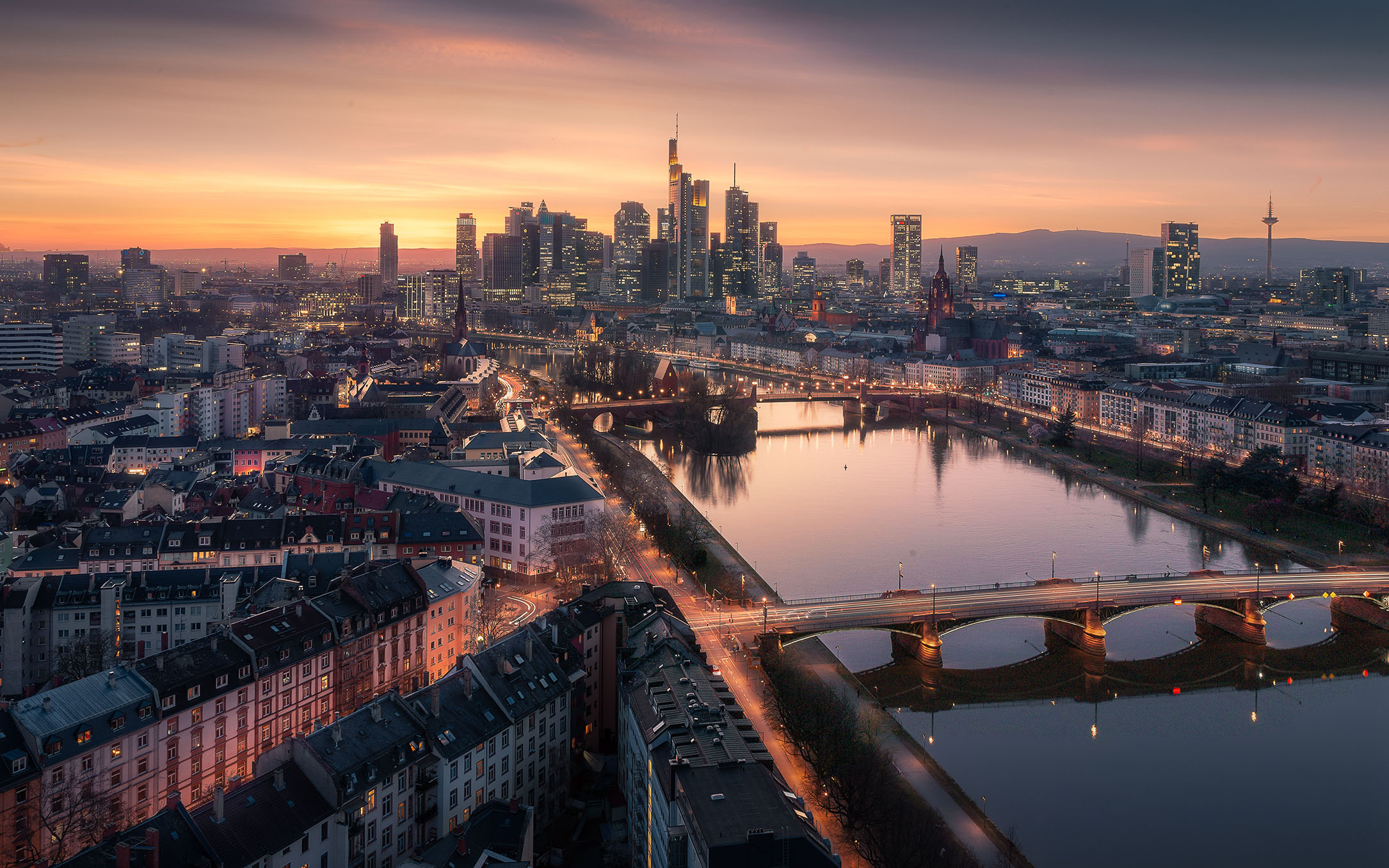 WHETHER YOU'RE ON A QUICK STOPOVER, VISITING FOR AN INTERNATIONAL SPORTING EVENT OR INDULGING IN A WEEKEND'S LUXURY SHOPPING, YOU'LL FIND FRANKFURT AM MAIN TO BE A RELAXED, WALKABLE CITY THAT'S HOME TO A WELCOMING INTERNATIONAL COMMUNITY.

The city offers an IMPRESSIVE CULTURAL SCENE, offering over 40 museums and exhibition spaces, more than 60 theatres and independent theatre groups and one of Europe's most significant opera houses. View a selection of European art spanning 700 years at Germany's oldest museum foundation, the Städel Museum, head to the prestigious SCHIRN KUNSTHALLE to enjoy some modern and contemporary art, or visit one of the world's two original Diplodocus skeletons at the Senckenberg Natural History Museum (Senckenberg Naturmuseum). Wander the cobbled streets of Frankfurt's beautifully reconstructed medieval old town or explore a host of gorgeous green spaces, from the Botanical Gardens (Palmengarten) to Germany's largest city forest.

With a range of FESTIVALS AND EVENTS taking place throughout the year, Frankfurt's a great place to kick back, relax and have some fun. Join the summer festivities on the banks of the river Main at the cultural Museum Embankment Festival, which takes place every August, or head to the Rheingau Wine and Frankfurt Cider festivals in the centre of town. Come the winter months, enjoy twinkling lights and a mug of hot mulled wine at one of the city's numerous Christmas markets, which include the Pink Christmas Market at Friedrich-Stoltze Square.

There are CULINARY OFFERINGS for every taste and budget in Frankfurt, from on-the-go falafel and aromatic Malaysian cuisine to French-Japanese patisserie, Michelin-starred vegetarian menus and rustic local fare. Food lovers mustn't miss Frankfurt's legendary indoor market or its lively, traditional cider taverns, where locals head for a plate of boiled eggs with fresh green sauce (Grüne Soße mit Eier) and a glass of the sour, flat cider (Apfelwein) that's the city's favourite drink. For nightlife, head to the cosy pubs of Sachsenhausen or the hip bars and restaurants of the buzzing Bahnhofsviertel.