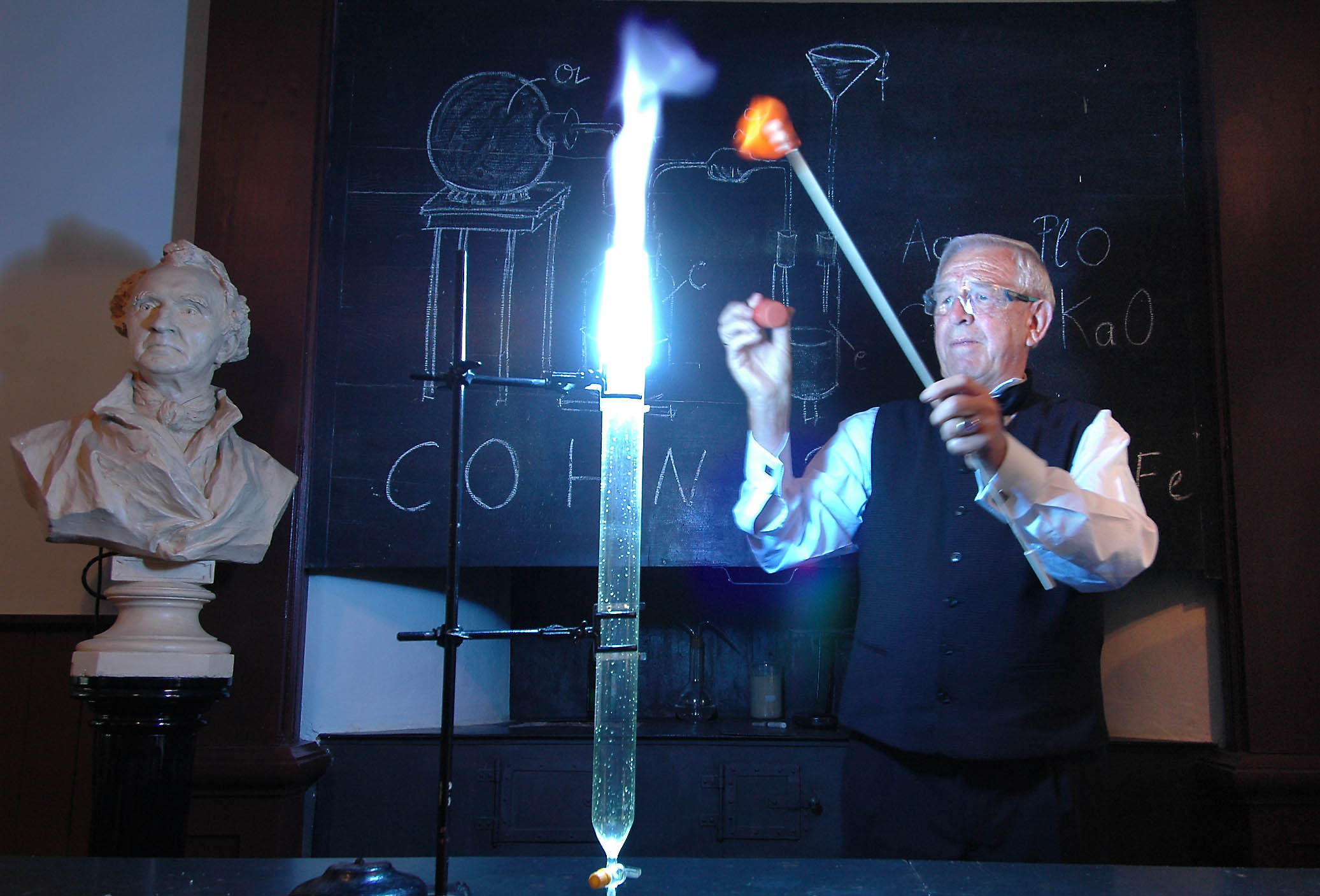 The lively university city of Giessen is known for its green spaces and unique museums...

...and is much-loved by locals, students and visitors alike for its culture, shopping and culinary offerings.

DIVIDED IN TWO BY THE WINDING RIVER LAHN, GIESSEN (KNOWN IN GERMAN AS GIEßEN) IS LOCATED 60KM NORTH OF FRANKFURT IN THE CHARMING LAHN VALLEY. THE UNIVERSITY, FOUNDED IN 1607, HAS PROVIDED THE CITY WITH A STUDENT POPULATION THAT TODAY MAKES UP OVER A THIRD OF THE CITY'S RESIDENTS.

Maths and science buffs will be inspired by Giessen's MUSEUMS. The Liebig Museum is dedicated to the work of Justin von Liebig, founder of organic chemistry, father of the fertilizer industry and one of the world's most celebrated chemistry teachers. Those with a passion for mathematics should head to the Mathematikum, a unique museum that's home to numerous hands-on exhibits that encourage learning through play. At Gießen's Old Cemetery (Alter Friedhof), you can visit the resting place of Wilhelm Conrad Röntgen, who in 1901 won the first Nobel Prize for Physics for his discovery of x-rays.

Giessen's historic botanical GARDENS (Botanischer Garten der Justus-Liebig-Universität Gießen) are Germany's oldest, established in 1609. Managed by the university, the gardens are home to over 8,000 different varieties of plants and trees that are used for research by the university's students,. They also form a peaceful oasis in the heart of the city. 5km southwest, the arboretum and forest gardens (Akademischer Forstgarten Gießen) in the Schiffenberg Forest (Schiffenberger Wald) date back to 1778 and contains more than 200 species of trees and shrubs.

Most of Giessen's MEDIEVAL CITY CENTRE was destroyed in the second world war, but it is today home to numerous reconstructed half-timbered buildings as well as two palaces built in 1350 and the 1530s. On the edge of the forest 5km outside of the city is Schiffenberg Abbey (Kloster Schiffenberg), which has a well-preserved 12th century basilica. Open-air concerts take place here throughout the summer months.

A lively student city filled with atmosphere and charm, Giessen also boasts plentiful options for food-lovers. In winter, head for coffee and cake in a cosy café or sample hearty REGIONAL SPECIALTIES in a rustic pub. Come summer, sip on a locally-brewed beer at one of the city's beer gardens or head for cocktails at the city’s riverside beach bar.

HOW TO GET TO GIESSEN

By car, the journey time from Frankfurt is approximately 60 minutes.