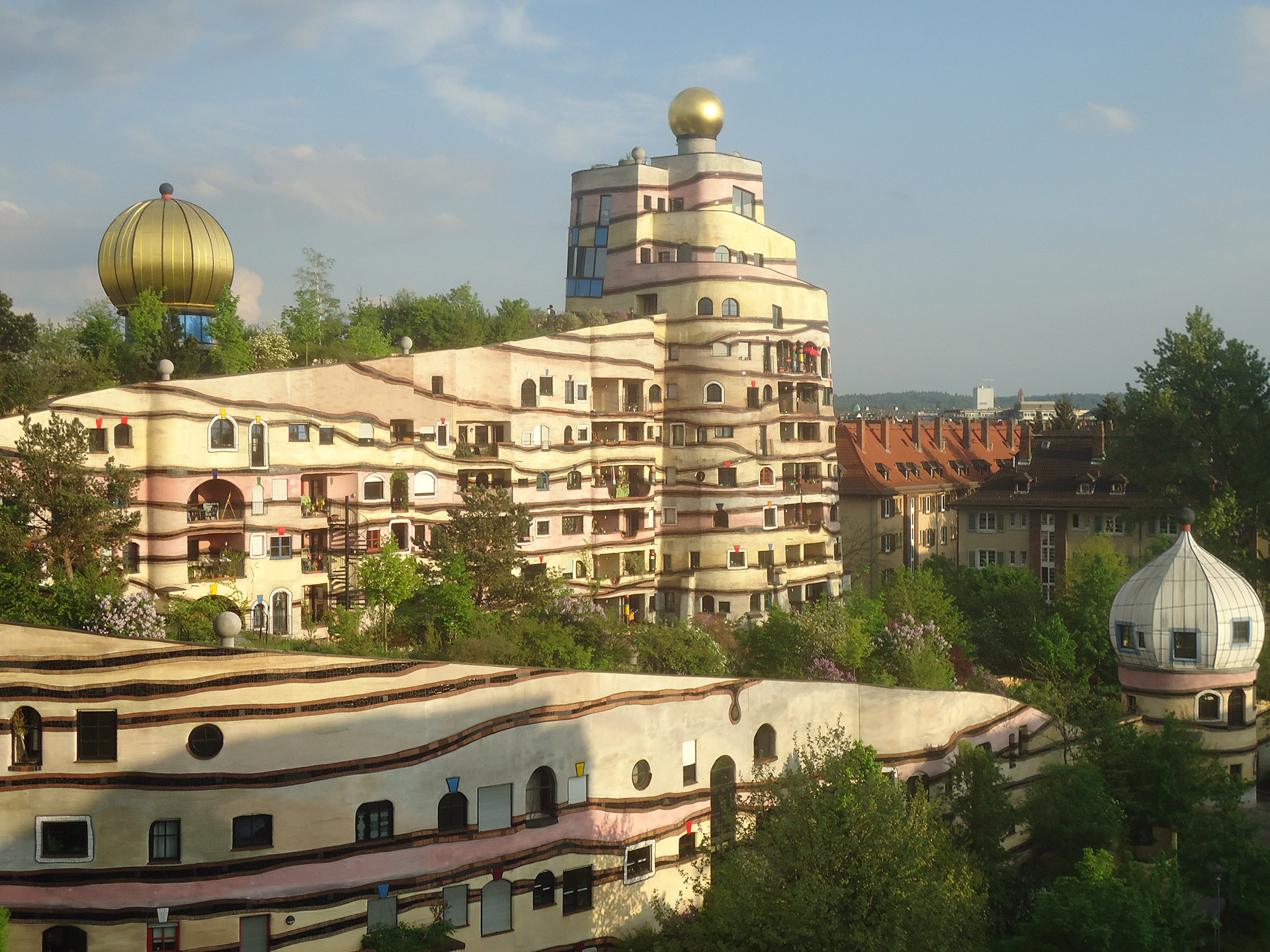 Darmstadt is a centre for arts and culture...

...and a city renowned worldwide as a hub for scientific research.

LOCATED IN THE SOUTH OF HESSEN IN THE METROPOLITAN RHINE-MAIN REGION, OVER THREE-QUARTERS OF DARMSTADT WAS DESTROYED DURING THE SECOND WORLD WAR.

However, a number of historic buildings have been rebuilt and restored and some of the city's original, charming character remains. With countless magnificent Art Nouveau (Jugendstil) houses and a handful of unique modern buildings, it's a must-visit for ARCHITECTURE enthusiasts.

The Waldspirale apartment complex, designed by by Austrian architect Friedensreich Hundertwasser, is an excellent example of his unique vision of housing. The Mathildenhöhe, a former artists' colony established in 1899, is famous for its Art Nouveau architecture: browse the impressive collection of Jugendstil objects at the on-site museum and visit the iconic Wedding Tower. Also in the complex is the striking gold and turquoise Russian Orthodox chapel, set in a peaceful grove of plane trees.

Home to publishing houses, art galleries and design studios as well as internationally-acclaimed institutes for literature, music and art, Darmstadt also boasts a VIBRANT MUSIC AND ENTERTAINMENTS SCENE. Highlights include the Hessen State Museum (Hessisches Landesmuseum) home to the world's largest collection of works by German artist Joseph Beuys, and the Centralstation, a historic former power station that's now a venue for concerts, exhibitions, theatre and clubnights. If you're in Germany to party, be sure to visit during Darmstadt's annual Heinerfest in July. First held in 1951 amid the ruins of the city, the festival stands as solid proof that the people here know how to have a good time.

As well as being highly regarded as a cultural and creative hub, Darmstadt is also known as the CITY OF SCIENCE. The city is home to a technical university and numerous major scientific institutions including the European Space Operations Centre. UNESCO World Heritage site the Messel Fossil Pit, 9km outside the city, is a disused oil shale quarry of significant scientific importance thanks to its extraordinary abundance of fossils. Exhibits can be viewed at the museum in the town of Messel and also at the Hessen State Museum.

The main train station is served by Intercity-Express (ICE), InterCity (IC) and Eurocity (EC) trains as well as regional (RE, RB and S-Bahn) services. There are frequent connections to Frankfurt (Main) train station (duration: 20 minutes), from where you can change trains and travel onwards to Frankfurt Airport.

Darmstadt is 25km from Frankfurt Airport and can be reached by car/taxi in approximately 20 minutes.

Available as a one or two-day card, the Darmstadt Card includes use of all public transport in the area as well as free or reduced admission for participating tours and attractions.