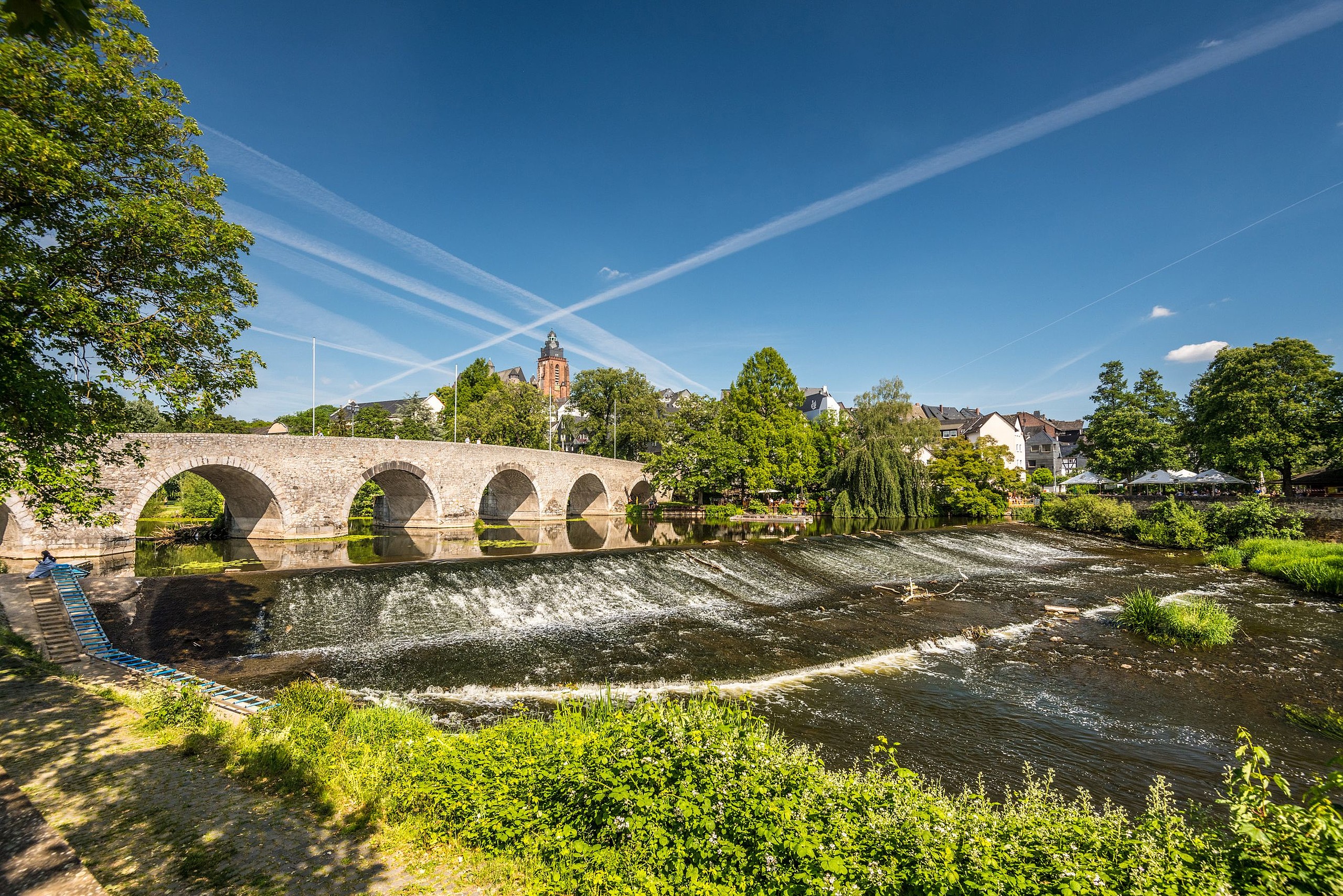 A popular stop on the German Timber-Frame Road...

...Wetzlar was made internationally famous by the optics industry. The former free imperial city is also known for its impressive cathedral and beautiful baroque buildings.

WETZLAR IS SITUATED AT THE DIVIDE OF THE TAUNUS, ROTHAAR AND WESTERWALD LOW MOUNTAIN RANGES. CUT IN TWO BY THE RIVER LAHN, THE CITY IS CONNECTED BY A PICTURESQUE 13TH CENTURY BRIDGE.

The BIRTHPLACE OF 35MM PHOTOGRAPHY, it was here in 1913 that Oskar Barnack invented the 35mm Leica camera. Occupying a beautifully restored 18th century townhouse is the Viseum Wetzlar museum, which reveals the fascinating world of optics and the optic-precision engineering industry through a variety of objects and interactive exhibits. Head 3.5km east of the city centre to the Leitz-Park complex for a museum dedicated to Leica's history and products and a tour of the Leica factory.

The phenomena of optics and mechanics also be explored outdoors along a unique OPTICS TRAIL (Optikparcours), a fun science trail of 24 installations including a night vision device, an optokinetic balance and a dancing fountain. A small monument to Karl Kellner, the founder of the optics industry, can be found in the city's rose garden (Rosengärtchen).

Wetzlar's HISTORICAL OLD TOWN is the heart of the city and where you'll find its museums and main sights. These include Wetzlar Cathedral (Wetzlarer Dom or Dom Unserer Lieben Frau), which was begun in 1230 and is a striking - unfinished - mixture of Romanesque, Baroque and Gothic architecture. The city also boasts a remarkable collection of carefully-preserved and restored half-timbered houses. Noteworthy buildings include Zur Alten Münz, a half-timbered building constructed in 1599 on the site of a medieval mint, and the house at Brodschirm 6, Wetzlar's oldest half-timbered structure, which dates back to 1356. The old town is surrounded by five pretty parks that run parallel to the path of the former old town wall, sections of which still remain today.

The city also has a significant LITERARY HISTORY. It was here that in the summer of 1772, Johann Wolfgang von Goethe was inspired to write one of his most famous works, "The Sorrows of Young Werther". Built in 1653, the Lottehaus, once the home of Charlotte Buff, the object of Goethe's unrequited affections, is today a museum that has a permanent exhibition dedicated to his work.