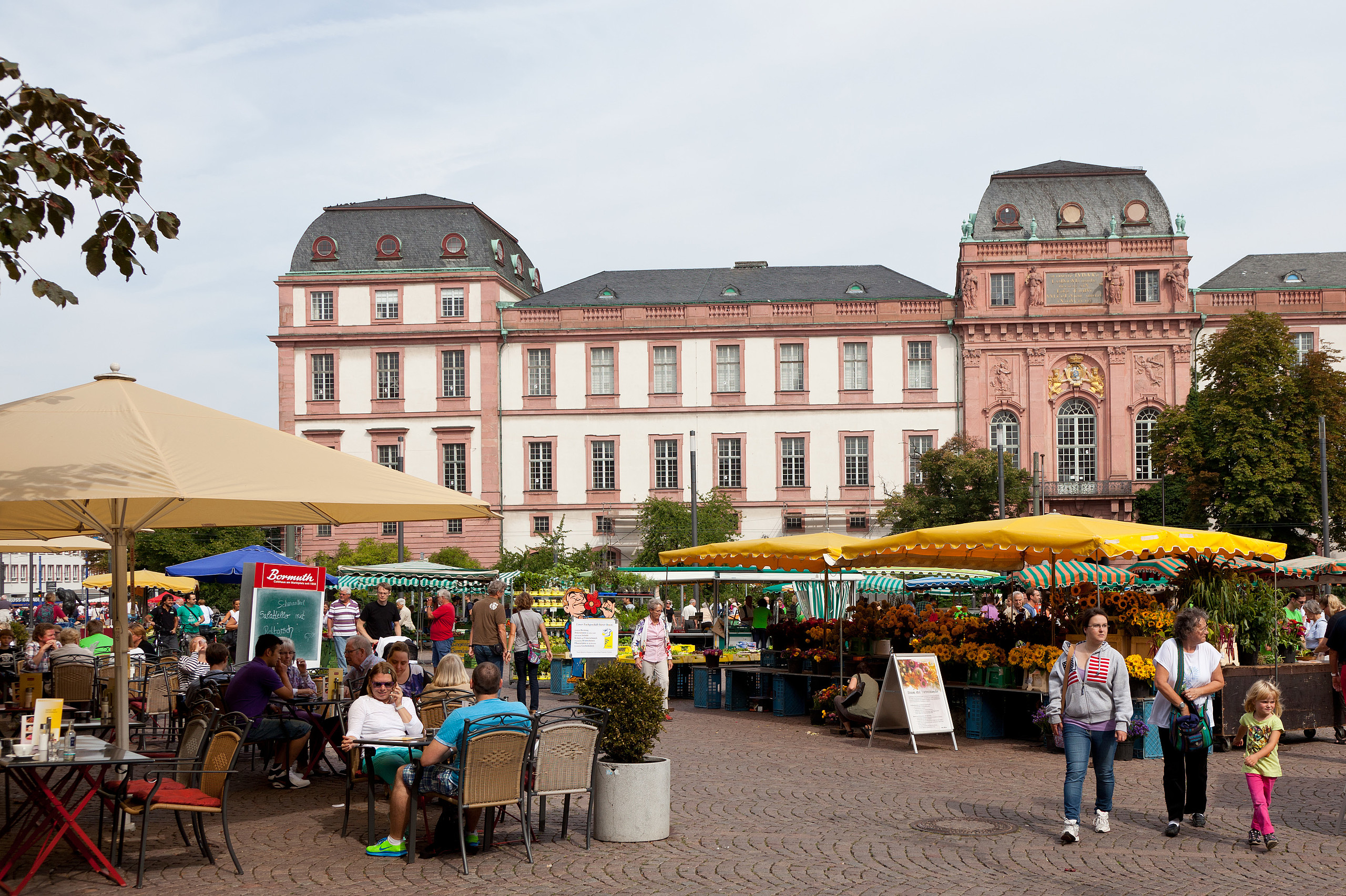 Five of the Best: Farmers Markets

Visiting Hessen's farmers markets is a great way to explore its regional culinary offerings and experience life like a local.

**Please note that Hessen's farmers markets are currently subject to various restrictions and safety measures due to COVID-19. Masks that cover the nose and mouth are compulsory; please check individual city websites for further information on visiting regulations**

The people of Hessen are proud of their local produce and culinary traditions, and Hessen's farmers' markets are a great place to learn about both. Chat to producers, sample delicious products, or simply soak up the atmosphere with a coffee - or a mid-morning glass of wine! - and a bite to eat. Farmers' markets take place in cities, towns and villages all across Hessen - here are five of our favourites.

The Darmstadt weekly market has taken place at the oldest square in the city, the market square (Marktplatz), since 1330. Centred around a market fountain that was the city's own water supply until the 16th century, the market stalls offer both local produce and international delicacies. Every first Saturday of the month from April to October there are also fun activities and offerings including a children's arts and crafts corner, live music and food tastings.

Frankfurt's indoor market, the Kleinmarkthalle, is legendary amongst those who love Hessen's farmers markets, but particularly amongst the city's locals. It first opened in 1879, but after being destroyed in World War II, was reconstructed in 2014. Over 60 stands offer everything from local meats, vegetables and freshly-baked bread to imported specialties including Swiss cheeses, Middle Eastern spices and Italian pasta. If browsing the stalls makes you hungry, why not stop for Spanish tapas, a freshly-shucked Dutch oyster or regional specialties such as Fleischwurst (ring-shaped bologna sausage) or boiled eggs with fresh green sauce.

The stalls of the weekly market in Gießen line Marklaubenstraße as well as Brandplatz and Lindenplatz squares, all against a gorgeous backdrop of historic half-timbered buildings. Here, you can browse fresh fruit, vegetable and flower stands as well as butchers' stalls, bakeries and delicatessens offering delicious specialties from all over the world.

The small market in Wetzlar takes place at two different locations: at the Domplatz (cathedral square) in the heart of the city's old town, and on Bahnhofstraße. Centred around fresh flowers, fruit and vegetables as well as international specialties such as Italian antipasti, be sure to pick up a bar of the local handmade goat milk soap as a souvenir.

The farmers' market in Wiesbaden takes place on the market square behind the City Hall. With offerings including fresh local produce, imported exotic fruits, regional specialties such as Ahle Wurscht and Handkäse, the market is a feast for all the senses. Enjoy a coffee or a bite to eat and from March to September, try a glass of wine from one of the Rheingau region's many wineries.

Further information about Wiesbaden's farmers' market is available on the Wiesbaden website.